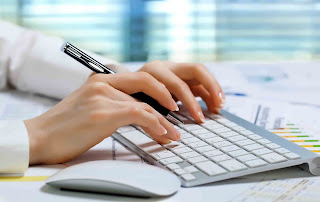 PLEASE DO NOT WRITE ON THIS EXAMINATION FORM.

1.   Which of the following statements is correct?
a.  Real GDP is the total market value of the final goods and
services produced in for sale in a year valued in the prices of 1992.
b.  Your buying stock in the stock market is an example of investment spending
c.  Potential Real GDP is always greater than Equilibrium Real GDP
d.  Social security and welfare are examples of spending on infrastructure.
e.  All of the above

9.  Suppose it is announced that industry analysts are predicting that decreased oil supplies from will cause gasoline prices to rise, beginning next month.  In the current week, the announcement would:
a.  shift the supply of gasoline right       c.  shift the demand for gasoline left
b.  shift the demand for gasoline right   d.  have no effect on the demand or supply of gasoline
10. "At the price of $500, tickets for the Super Bowl are expensive.  Yet, the are long lines of people who wish to buy them.  Many people who desire tickets will not be able to find them."
From this quote, we know that the price of Super Bowl tickets must be:
a.  below equilibrium   b. above equilibrium   c. equal to equilibrium

14.  Which of the following is an example of "portfolio investment"?

a.  An American places funds in a savings account in
b.  Tokyo Bank of buys Union Bank of the
c.  Saturn Corp. (owned by General Motors) builds a new factory in
d.  An American puts $10,000 into a money market fund
e.  All of the above

PLEASE DO NOT WRITE ON THIS EXAMINATION FORM

15. Which of the following would cause the aggregate demand curve to shift to the right?
a.  an increase in purchases by the federal government
b.  an increase in real interest rates
c.  an appreciation of the American dollar
d.  a decrease in the money supply

24.  Which of the following would cause consumption to rise?
a.  the GDP Deflator rises
b.  a greater proportion of the population is between age 20 and 30
c.  transitory income increases
d.  income is taken from poor people and given to rich people

34.  Which of the following statements is true about the national debt?
a.  In total, it is higher now than it has ever been
b.  Most of it is owed by the federal government to foreigners
c.  It means that a tremendous burden is being passed to our children
d.  Because of it, the is on the verge of bankruptcy
e.  All of the above

35.  If the official federal budget shows a deficit of $200 billion while the structural budget is has a surplus of $200 billion, it can be concluded that:
a.  the intent of fiscal policy is very expansionary
b.  there is hyperinflation
c.  the unemployment rate is well above the natural rate
d.  state and local governments have large surpluses
e.  off-budget spending is counted in the official deficit but not in the structural deficit

36.  The Phillips curve describes the relationship between:
a.  the federal budget deficit and the trade deficit
b.  savings and investment
c.  the unemployment rate and the inflation rate
d.  marginal tax rates and tax revenues

39.  Which of the following is true about the Federal Reserve System?
a.  its seven Board members are appointed by the President of the
b.  its main policy-making body is called the CBO
c.  it insures checking accounts against bank failure
d.  it accepts deposits from individuals and makes loans for mortgages
e.  All of the above

PLEASE DO NOT WRITE ON THIS EXAMINATION FORM.

41.  If the Fed wishes to decrease (tighten) the money supply, it should:
a.  buy Treasury securities in the open market
b.  raise the discount rate
c.  lower the reserve requirements
d.  raise marginal tax rates

47.    According to the monetarists, in the long-run, the Phillips Curve is:

48.  Which of the following statements is true about supply-side economics?
a.  The main change made by the tax laws of 1981 and 1986 was to
increase marginal tax rates in order to balance the budget
b.  The Laffer Curve says that, if marginal tax rates fall, tax
revenues will rise, and the budget deficit will decrease
c.       If the tax laws of 1981 and 1986 had had their intended effect, consumption would have
risen, causing an increase in both real GDP and in the price level
d.  All of the above

49.  Those who oppose a Constitutional amendment to require a balanced federal budget would make which of the following arguments:
a.  Deficits are bad because they can cause crowding out
b.  Such an amendment could force the government to undertake
policies that would increase a recessionary gap
c.  Deficits can cause inflation by increasing aggregate demand
d.  Budget deficits can cause an increase in the trade deficit by appreciating the dollar