The art of Negotiation: The Jim Trainer case 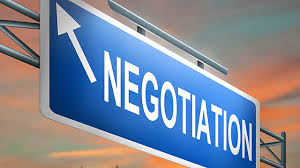 The art of Negotiation: The Jim Trainer case
The aim of negotiating is to reach a consensus. One which is satisfactory to the parties involved. However, negotiation should not violate the policies and principles of the firm in favor of the victim's demand. It is this core principle guiding the rule of negotiation that favorable terms get attained. In the Jim Trainer case, the interests of the parties are as follows; Jim demands a payout of $300,000 for unspecified damages. On the other hand, the firm is willing to pay out a maximum of $75,000 (payable by the insurance company). The maximum payable is $125,000 and nothing more. As a negotiator, the aim is to attain a scale of the balance between the two extremes by examining the facts and evaluating the pros and cons in the negotiation.
From the organization's perspective, Jim is a lazy employee, and his termination is good riddance to the firm despite his charms. In addition to this, it is evident that he has regularly violated the policies of the organization. Therefore, the initial offer is termination without compensation. Here Jim is informed on the contractual agreement he signed during his recruitment of which he has now violated. Jim is expected to respond on the basis of sex-based discrimination complaint claiming he is being terminated for being a male. He gets informed that the female offenders had met the clients just once for coffee at the Starbucks, which provides grounds for their counseling. His case is different as he used his charms to get clients to his apartment.


Reinstatement is not an option. Therefore, the firm shares information regarding how the lawsuit would destroy the image of the company and it is the only reason they were willing to pay him an equivalent one year’s salary to maintain their reputation. At this juncture, Jim is adamant and feels to possess the power to destroy the organization. However, he is further informed that anything beyond that is a risk the firm was willing to take, and he may end up with nothing. As a flamboyant individual, such a statement sinks heavily into him and results in settling for not less than $100,000 which the firm agrees so as to maintain its public image.