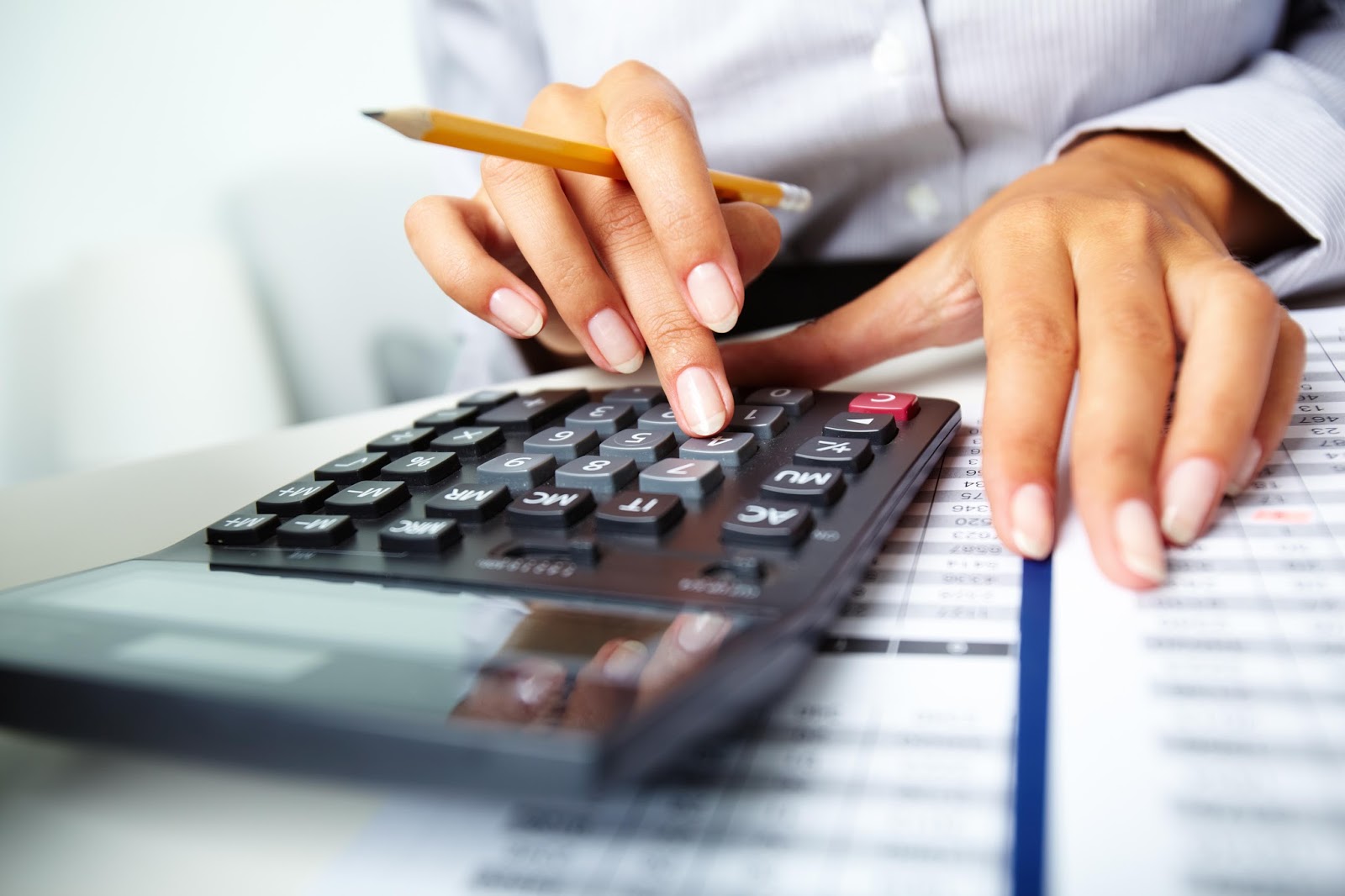 Balance Scorecard
Introduction
Balanced Scorecard (BSC) has been used as a management tool to provide senior executives with a periodic assessment and control of individual and departmental work toward the achievements of organizational strategies (Hannabarger, Buchman & Economy, 2007). The founding fathers of this crucial tool are Dr. David Norton and Dr. Robert Kaplan. This key tool has come to assist management with a concise overview of the general organizational progress toward a realization of the preset goals and objectives (Hannabarger, Buchman & Economy, 2007).
Ideal BSC is subdivided into sections where each plays a part in accomplishing the general success of a company (Alexander & Sinnett, 2005). These sections include company’s financials, learning and growth, customer perspectives and internal processes. Scorecard captures enough details that can enhance organizational performance in order to realize a strategy. This requires given sub-sections to have an outline of 6-9 measures aimed at improving performance (Alexander & Sinnett, 2005).
Purpose
This paper aims to examine the use of BSC as a performance measurement and management tool in the United Arab Emirates (UAE) (Alexander & Sinnett, 2005). It identifies the relationship that exists between the use of BSC in both public and private sectors and the measurement of a progress and realization of firm’s strategies.
Design and approach
The approach that was utilized in this research included the following methods:
1.      Questionnaire: this included printed questions that were distributed among the key individuals in both private and public sectors to inquire their views. Afterwards, questionnaires were collected, analyzed and a conclusion was drawn (Byrd & Megginson, 2013).
2.      Interviews: this approach is time-consuming and tedious because it involves having a face-to-face interview with an individual. Therefore, only a few members from each firm were interviewed. The main reason why interviews are exhausting is the need for the follow-up interviews to clarify the results. However, this method is the most reliable and accurate (Byrd & Megginson, 2013).
Findings
Both the interviews and the questionnaires that were used in data collection produced the following findings:
1.      The use of BSC as a management tool in local governments and public institutions in UAE: the study revealed that the use of BSC and public awareness at the UAE local government institutions are quite high (Malone, 2004). The study also showed a disparity between the awareness and the use of BSC at the city and district councils. Generally, the study reveals that most of the public institutions have adopted and used BSC as their management tool (Malone, 2004). The table below presents a breakdown of the figures captured by given research.

2.      Factors that ensure successful implementation of the BSC: respondents from both sectors reported the two key factors that ensured efficient use of BSC and its achievement of a designated function in the organization. These factors include understanding of the BSC and its customization to fit in with the culture and work ethics of the firm analyzed.
3.      Manager’s perception of BSC as a management tool: the study showed that out of the 48 local government and public institutions surveyed less than a half of respondents either previously or currently uses the BSC to track the general progress of the company and check individual’s performance (Malone, 2004). With the rating scales of BSC ranging from 1-5 (5 meaning that the BSC is useful and 1 - useless), the responses of the interviewed individuals varied significantly. Responses collected from the private institutions were almost the same with the average BSC value of 3-4, which implied that the BSC is quite useful in realizing the strategies set by an organization. The table below presents a summary of responses from the public sector.

Most of the responses from the open-ended interviews include the following:
A.    BSC is a tool used to provide a clear focus and direction in terms of accountability hence used as a tool in measuring the achievement of certain set goals (public institutions) (Malone, 2004).
B.     BSC makes the job of senior management easier since it provides a set of concise information that can be used to measure organizational performance and track the general progress of the company. It creates a benchmark for the generation of progress reports to reflect the success achieved by an organization (private companies) (Malone, 2004).
Barriers toward the successful implementation of BSC: 81.3% percent of the respondents from the local and public institutions revealed that they have never used BSC before. The table below illustrates the distribution of responses.

Due to such results, it is paramount to understand the underlying reasons that have challenged the implementation of BSC. Most of the respondents from the public and private sectors highlighted the following as the main reasons:
1.      The use of alternative systems in place of BSC: most of the respondents indicated that their companies have already developed their customized BSC tools, which they use to track the general progress of an organization toward the realization of its strategies (Lawrie, 2004).
2.      The varied size of an organization: some of the respondents highlighted that since their organizations are small and young it could be one of the reasons as to why they did not implement BSC (Lawrie, 2004).
3.      The challenge of resource allocation: respondents argued that for a BSC to be successfully implemented it had to rely on other sub-systems in capturing the right information and data. This meant that BSC was bound to fail if the right systems were not in place to support organizational objectives through the collection of the required data (Daft & Marcic, 2014).
4.      Busy managers: most of the respondents also mentioned that the top management is always busy and thus, cannot find time to push through the role of BSC in their firms (Malone, 2004).
5.      Lack of support from the top management: in essence, BSC is a tool that is supposed to be used by the management to track the progress of the firm in terms of the realization of the outlined strategies. If top management fails to provide enough support to implement a BSC, it means that BSC will be useless for an organization (Meyer, 2002).
It is noteworthy to mention that the above responses came in an equal measure from both private and public sectors. A difference in the number of respondents was quite negligible with 67.75% from the public sector and 68.01% from the private sector respectively. This means that same challenges in both sectors prevent the BSC from realizing its full potential.
General insights into the topic
The research showed that integration of a BSC in both sectors (private and public) has a huge gap in between. From a sample of 40 private and 40 public institutions, the responses were as follows:

Based on the table above some of the key conclusions can be drawn:
1.      Integration of BSC is high in a private sector where it is ranked at 74.28% compared to 60.61% in the public sector accordingly.
2.      Advantages of BSC in any firm exceed its disadvantages. In private companies, its positive influence is rated at 74% against 25% (negative), while the public sector ranks it at 60% and 39% for positive and negative influence respectively.
3.      The number of respondents viewing BSC negativity is higher in the public sector with a figure of 39.39% as compared to 25.71% in the private sector.
Conclusion
Based on a given research and its insights, it is important to note that the key benefit of using BSC is its ability to track the progress of an organization in realizing its objectives (Daft & Marcic, 2014). Moreover, it makes the work of the top management easier because the tool can generate reports that can be analyzed within the minimum time possible. BSC helps every employee align his/her performance and behavior with company’s vison and strategies. Therefore, one of the recommendations for the firms is to adopt and exploit the tool on a daily basis since its advantages significantly outweigh its disadvantages. The role of BSC in improving and tracking the progress of a company in realizing its strategies cannot be underestimated (Sommerville, 2007). Success of the tool greatly depends on support from the top management. Hence, support from the managers is a must rather than a choice in order for an organization to enjoy the benefits of BSC.
References
Alexander, G., & Sinnett, W. (2005). Business performance management. Florham Park, NJ: Financial Executives Research Foundation.
Byrd, M., & Megginson, L. (2013). Small business management. New York, NY: McGraw-Hill.
Daft, R., & Marcic, D. (2014). Building management skills. Mason, Ohio: South-Western Cengage Learning.
Dooren, W., Bouckaert, G., & Halligan, J. (2010). Performance management in the public sector. New York, NY: Routledge.
Hannabarger, C., Buchman, R., & Economy, P. (2007). Balanced scorecard strategy for dummies. Hoboken, NJ: Wiley.
Lawrie, G. (2004). Strategic performance management. Bradford, UK: Emerald Group Pub.
Malone, O. (2004). 101 leadership actions for performance management. Amherst, MA: HRD Press.
Meyer, M. (2002). Rethinking performance measurement. Cambridge, UK: Cambridge University Press.
Sommerville, K. (2007). Hospitality employee management and supervision. Hoboken, NJ: John Wiley.