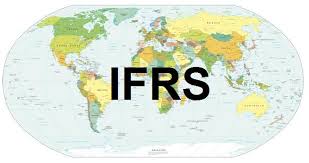 Read Closing Case: Adopting International Accounting Standards at the end of chapter 19 and write a 2-3 page paper in APA format with a detailed analysis that answers the following questions:
•    What are the benefits of adopting international accounting standards for (a) investors, and (b) business enterprises?
•    What are the potential risks associated with a move toward the adoption of international accounting standards in a nation?
•    In which nation is the move to adoption of IASB standard likely to cause the revisions in the reported financial performance of business enterprises, the United States or China? Why?

Adopting International Accounting Standards
Following a European Union mandate, from January 1, 2005, onwards approximately 7,000 companies whose stock is publicly traded on European stock exchanges were required to issue all future financial accounts in a format agreed upon by the International Accounting Standards Board (IASB). In addition, some 65 countries outside of the EU have also committed to requiring that public companies issue accounts that conform to IASB rules. Even American accounting authorities, who historically have not been known for cooperating on inter- national projects, have been trying to mesh their rules with those of the IASB. Historically, different accounting practices made it very difficult for investors to compare the financial statements of firms based in different nations. For example, after the 1997 Asian crisis a United Nations analysis concluded that prior to the crisis two-thirds of the 73 largest East Asian banks hadn’t disclosed problem loans and debt from related parties, such as loans between a parent and its subsidiary. About 85 percent of the banks didn’t disclose their gains or losses from foreign currency translations or their net foreign currency exposures, and two-thirds failed to disclose the amounts they had in- vested in derivatives. Had this accounting information been made available to the public—as it would have been under accounting standards prevailing at the time in many developed nations—it is possible that problems in the East Asian banking system would have come to light sooner, and the crisis that unfolded in 1997 might not have been as serious as it ultimately was. In another example of the implications of differences in accounting standards, a Morgan Stanley research project found that country differences in the way corporate pension expenses are accounted for distorted the earnings statements of companies in the automobile industry. Most strikingly, while U.S. auto companies charged certain pension costs against earnings, and funded them annually, Japanese auto companies took no charge against earnings for pension costs, and their pension obligations were largely unrecorded. By adjusting for these differences, Morgan Stanley found that the U.S. companies generally understated their earnings,
and had stronger balance sheets, than commonly supposed, whereas Japanese companies had lower earnings and weaker balance sheets. By putting everybody on the same footing, the move toward common global accounting standards should eliminate such divergent practices and make cross-national comparisons easier. However, the road toward common accounting standards has some speed bumps on it. In November 2004, for example, Shell, the large oil company, announced that adopting international accounting standards would reduce the value of assets on its balance sheet by $4.9 billion. The reduction primarily came from a change in the way Shell must account for employee benefits, such as pensions. Similarly, following IASB standards, the net worth of the French cosmetics giant L’Oréal fell from 8.1 billion to 6.3 billion euros, primarily due to a change in the way certain classes of stock were classified. On the other hand, some companies will benefit from the shift. The UK-based mobile phone giant, Vodafone, for example, announced in early 2005 that under newly adopted IASB standards, its reported profits for the last six months of 2004 would have been some $13 billion higher, primarily because the company would not have had to amortize goodwill associated with previous acquisitions against earnings.

Get a 30% discount on a quality paper Now