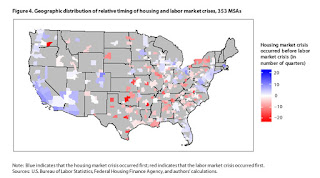 Questions and Answers Analysis
1. I'd like you to think about the underlying causes of the housing problem facing late 19th and early 20th-century city dwellers. How did Jane Addams and Friedrich Engels view a possible solution to these conditions differently from each other?
Jane Addams and Friedrich Engels had one thing in common; they understood the housing problems that were recurrent in the 19th and 20th century. However, the two possessed different views regarding the solution to the housing problem. On one hand, Jane Addams is portrayed as a mother who becomes challenged after visiting London and yearns to put the same solutions to the suffering Chicago city. To her, it is a self-social responsibility to enact change as quoted by Sinclair that it is through the need of upholding a standard of tight smiling prissiness that motivates her. To her, the solution was to disarm the gangsters and strive to create a social coexistence based on respect and mutual harmony. She supported integration through moral coercion, systematic upgrading of the urban environment and repatriation. The solution upheld by Engels basis on a collective social responsibility where the housing problem could only be eradicated through collaboration. As such, the government through municipal intervention would ensure proper planning prior to construction to minimize the challenges of property destruction through fires and social mishap destruction.
2. Tell us what you think about the role photojournalism and investigative reporting play in bringing attention to urban conditions within rapidly growing cities, both in the New York/London and Lagos examples. What are the different tones you've observed in the writings and photographs? Is there a medium or means by which these issues might be more effectively disseminated today? Provide an example and tell us why or why not.
According to architectural space involving photojournalism, investigative photography captures the events surrounding an actual environment. From my opinion, photographs are indicative and emphasize on qualities and characteristics of a surrounding that cannot be explained using mere words. For example, in the cases of New York and London, it is through the use of photography that the bitter cry of the living conditions of the city is illustrated. Figure 2.1 shows a poor living condition of the Little Collingwood Street in Bethnal Green. Such cruel habitations are only depicted through the photography. To emphasize the seriousness of the issue, the article utilizes a criticism tone. One that relays to the reader the harsh housing conditions imminent at the time of writing. Such an evaluation coupled with the utilization of pictures emphasizes the message. Today, to capture the challenges and issues facing a society, more efficient means such as the use of video may be used. For example utilizing videos captures the scenario in real time making it vivid and first hand.
3. What are some key differences and similarities between how housing and labor functioned in 19th/early 20th century New York and 21st century Lagos? What aspect of housing or work did you find most valuable in the Lagos article and why?
At the time of writing, the situation in Lagos in both housing and work is comparable to how things were in 20th century New York despite being in the 21st century. A critical point to note is the security situation in the slums that is enforced by gangs that mean it is more vigilante justice. The case was not different in the 20th century in New York where ammunitions in the ghetto were prevalent and in the wrong hands. The idea of justice is a vocabulary that does not exist in the slums. People are unwilling to associate themselves with the living situations and conditions they face daily. As opposed to this, they are more ready to associate with the rich who will give them something other than associate with their like-minded suffering fellows. It is contrasted with the situation that was prevalent in New York as the later like-minded individuals strived to salvage themselves fighting for justice in proper and equal remuneration in the labor industry. In Lagos, the case is entirely different where every man is for himself. The author emphasizes this noticeable point through slum dwellers union where nobody likes to be associated with the word. However, the fact is that they all dwell in the place despite the opposition. The implication is that the housing is extremely low standard such that the dwellers themselves feel ashamed to be associated with the site. With individuals fearing to have girlfriends even due to increased expenses, Lagos is in a position where New York was a century ago.