The Fallacy of "Giving Up" - The Atlantic 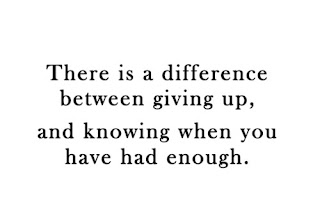 The Fallacy of "Giving Up" - The Atlantic
The fallacy of giving up is an evaluation of the changes in the human body and specifically the brain. The end process is not connected to the mere wearing of the body, but a gradual shutting down that is closely related to the mind. The central claim proposed in the essay by the author is the futility of fighting a losing battle. Waging war against the inevitable death. According to the article, old age is attributed to the changes in the brain, as opposed to changes in the physical body. The proposition that CT scans can determine the age of an individual is a fascinating idea that supports the changes in the human body. The article compares the loss of brain volume to the recession of gums from the teeth that all characterize aging. Any efforts to fight back and against aging are finite and futile, and the subjection of patients to particular studies are unnecessary. Old age, like death, is inevitable and despite all undertakings both scientific and social, the process cannot be reversed. There are different citations provided by the author with the same conclusion such as studies by Philip Roth, Gawande, and Angelo Volandes among others. The various research and opinions of the perpetrators are integrated with the essay to provide a common theme of the futility of opposing the natural course of events in the human body. The point of focus is the shrinking of the human brain with age among other factors characterizing old age.
The essay can be seen to address the old and weary. Using the approach of distinct analysis, the author asserts the misconception that many patients receive of costly and yet unwanted care. Such care involves old age caring in the hospital. The audience can be deciphered from the author’s way of referencing medical practitioners such as Volandes. He quotes the previous assertions made by Volandes numerously in the past such as the fact that if people were informed, they would be less likely to need the medical care they receive from the hospitals. It is evident that connecting to this old person does not only involve an informative approach, but also an educative means of ensuring they do not waste their time getting costly unwanted medical care. Using a rhetorical approach, the author asserts that for the past ten years, they have been trying to enhance patient involvement. For example, the need for patients bringing conversations to doctors as opposed to waiting for the doctors. The questions are directed to the old since old age is closely related to the verge of dying. People want to die at the comfort of their homes and unfortunately, approximately 55 percent of adults die in nursing homes or in hospitals bringing about a discrepancy that asserts that old age is the verge of giving up. The evidence of old age and death are evident in the essay are the author provide a constant reference to them which works well for the paper. The use of different views and opinions conjured into a continuous flow is an argumentative approach employed in the journal to connect the audience. The use of testimonials from professionals is prevalent throughout the document indicating that the article is well researched. Evident is from quotations such as Michael Polan argument of “Eat food, not too much and mostly plants”.
A coherent approach to the topic has been provided. The author starts by presenting the common causes of death as old age engulfs an individual. Here a provision of brain volume decrement is provided. After this, the paper takes into providing different citations as evidence material to suppliment the argument presented in the journal. For example, personal experience is used to augment the requirements of joining the physician medical fraternity as quoted from Volandes. In addition, personal experience has been heavily utilized in the text as the author recounts his medical internship at the Hospital of Boston. The reasons for attention and care during old age are presented and attributed to the fear of death. Despite the reality and inevitability of death, no one is open to the idea, and everybody is open to the idea of comfort even in their death bed.
Dying in comfort is a fallacy, one that the paper disapproves through the provision of statistical evidence where a majority of old people die in care homes or hospitals. The constant increase in work in a hospital setting results to low, meaningless relationships between the doctors and the patients. The evidence is provided by the author's experience as an intern where the job involved merely checking the boxes with minimal conversational input from the dying patients. The setting of the essay can be seen to be a hospital setting where conversations are used to draw patients. Here old people are perceived as the patients while the physicians are drawn as the doctors. The use of rhetorical questions is used to engage the audience in the paper where medical jargon is kept to a minimum. The tone of the essay appears stable and dry. However, the subject of death is sorrowful and as such, requires attention to detail and a more consoling tone.