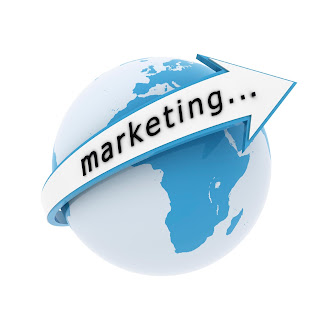 Introduction
Marketing research is a business strategy that is focused on providing information about the consumption patterns of a product (Hill, 2013). As a business tool, marketing research enhances decision making through the provision of relevant information regarding the marketplace. It answers questions of who will buy the product and the expected quantity to be purchased. Primary marketing research involves interviews, questionnaires, focus groups and direct feedback as the primary tools for conducting the research. Primary marketing research has to be adopted and implemented as a business tool in the global market management to enhance the competitive edge of an organization.
Globalization and the drivers of globalization
The factors influencing globalization are widely categorized into five. Depending on the impact of the factor, technological factors come first. It is through the application of technology that globalization emerged. For example, in Europe, innovations in the transport sector influenced globalization. Among the notable changes are commercial airliners and containerization concept in 1980s and 1980s respectively (Hill, 2013). The rapid growth of the internet cannot be overlooked as it opened the third world and Asia for investment opportunities from the west. Political drivers also influence largely on the concept of globalization. The liberalization of trading rules and markets that are deregulated lower tariffs increasing investments opportunities around the globe. Some developments include the world trade organization conception and privatization. Market drivers take third position as they influence the operating zone. The saturation of local markets is addressed by reaching out and opening to new markets increasing globalization (Lane & Milesi-Ferretti, 2008). Cost drivers are also prevalent in globalization due to the variation of cost from one country to the other making it paramount for businesses to leverage this fact. Lastly, competitive drivers impact global markets due to the interdependence among countries
The changing nature of the global economy
There is a dramatic expectation in increased globalization in the next several decades. There are various factors that trigger this development among them the easy access and dissemination of information and technology. As previously discussed, the internet plays a vital role in enhancing global management and growth. With the expected high growth rate of the internet, so is a consequential increase in globalization
The political and economic differences between China and the USA
Feared to be drastically becoming the next super power, the economic situation in China is worth noting. With the highest population in the world, the country has a constant market that makes it easier to start any product line (Tadajewski & Hewer, 2012). On the contrary, the USA has a mature social, political and economic environment that is stable. On one hand, China’s economy is on the rise. It is cited as one of the most global economy acquiring significant assets in the USA and around the world.
Opportunities for managers
There are challenges in the global economy that hinder the performance of world markets (Hill, 2013). Product success in the market relies on an efficient, well-integrated promotion plan. However, the theme of the policy is similar despite the type of development adopted by the business. The main agenda driving an integrated market communication plan is to inform all the stakeholders of the company of the objectives of the company and the various ways in which these goals will be achieved. Managers must leverage this technique to guarantee the global success of an enterprise. It is recommended that prior to investing in a global economy, market analysis should be carried out to ensure the success of the enterprise in the new environment.